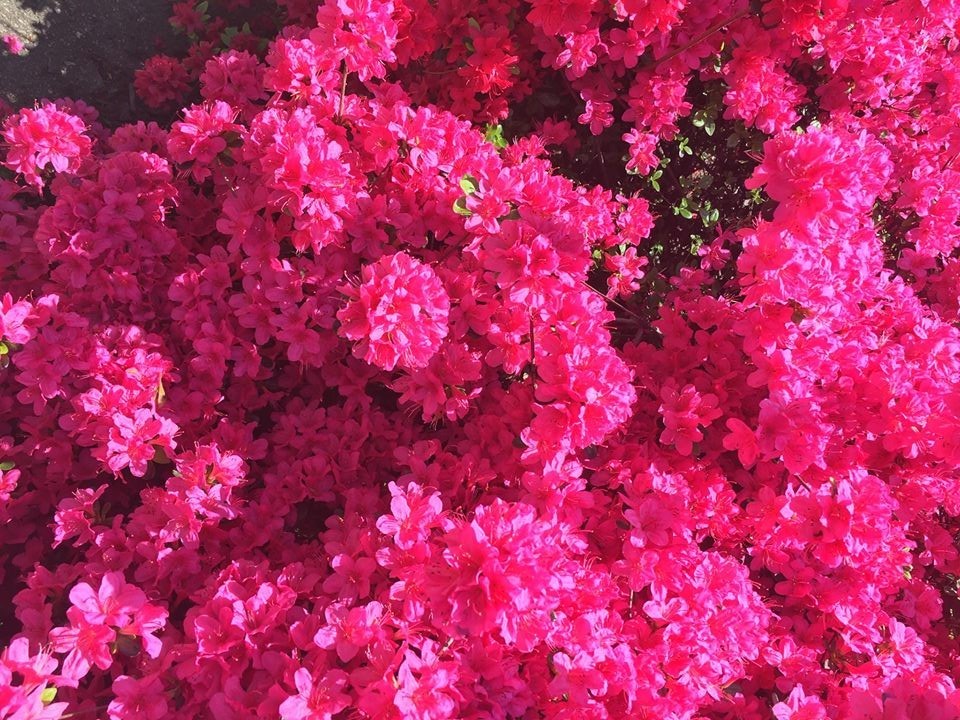 The other day I was having a rough time at work, so I took a walk and filled my vision with growing things. There are flowers that are brighter than neon highlighters out there, and I needed to take a minute and remember that!