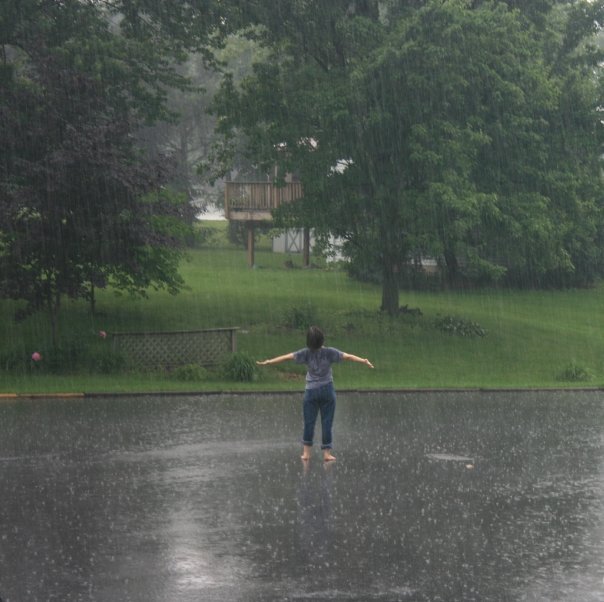 This picture is pretty old, maybe my senior year in high school. But just look at that freedom, that innocence, that embrace of nature! Where is that girl? I think she’s still walking around in here, but there’s a matte layer of routine and responsibility over her now. And sometimes after a week of flood warnings, storms as you sleep, and furiously flapping windshield wipers, I forget the option to just go stand in the rain.