The cool thing about writing a blog about cool things you find on the internet is that other people send you cool things they find on the internet. I could have written that sentence in a more graceful way but I REFUSE. Anyway, shout out to my parents for providing two of this week’s reads. It’s been a dark season for me, which is a shame because I love the fall. But I’m thinkin’ about this woodpecker, who to my ignorant imagination represents independence and persistence, and I will reach for the same. 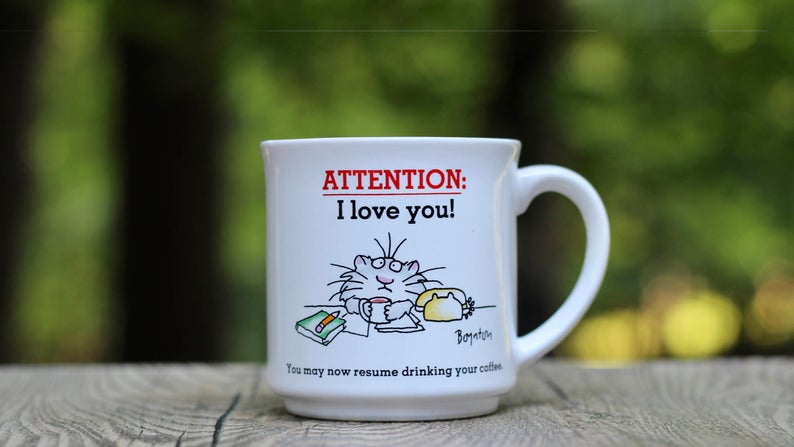 We had this mug forever growing up. This Etsy shop was selling it and took a good photo of it.

I’m writing this intro at the reference desk on the night of my late shift. I still have about an hour and a half to go and I can no longer feel my butt, so we’re doing some standing desk/lunge writing! No one told me I’d sit this much as a librarian (although I don’t think the knowledge would have turned me away from the career). The wind is howling through the weird atrium in the center of the library and it’s all Very Atmospheric. I really like every one of the 5 things I’m sharing with you this week, and I hope you do too:

These amazing bronze Basset Hounds are snuggling on the sidewalk in Loveland, CO

My dearest cousin is getting married tomorrow! According to the fantastic Fall Foliage Prediction Map, we’ll be in the partial-peak of the leaves changing color, and I’m excited to celebrate with her in this, the finest time of the year. I love going to weddings, but it’s best when it’s someone you love so much and know so well. Looking forward to my heart metaphorically bursting.