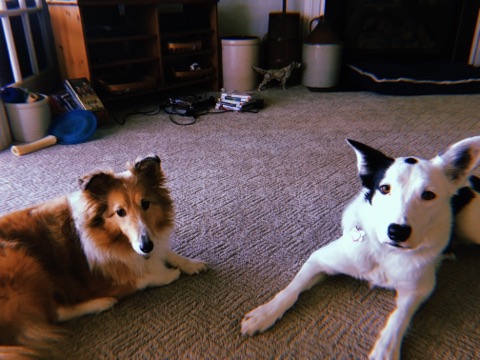 I was thinking this week about how every dog was one special Dog Power, be it the ability to grow and shrink in size, or to emit a soft colorful aura at will. It’s so nice how dogs have their special Dog Power but they don’t rub it in our faces that much, you know? Take for example, Penny (the orange one above). Her Dog Power is that she can understand human speech and even speak a fair bit, but she doesn’t brag. I myself have only ever known her Dog Power from the comprehension in her small dark eyes, but every now and then she’ll make a breathy little noise like she’s about to say, “Hey,” and thinks better of it. Dog Powers are subtle and gentle and usually manifest when we leave for work.